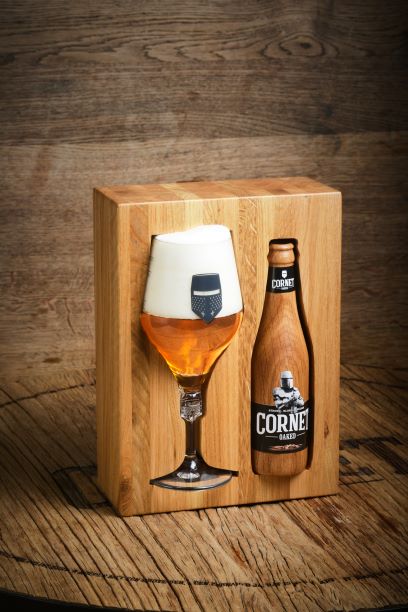 The CORNET story begins in the 18th century. Theodoor Cornet, then steward of Diepensteyn Castle, asked De Hoorn Brewery to brew a beer. The beer would be kept in oak barrels in the castle and served only to distinguished guests. Centuries later, the oak barrels used for this purpose inspired De Hoorn Brewery Add oak chips during brewing. And so CORNET was born: a powerful blond Belgian beer with a soft taste.

However, the brewers of this specialty beer go one step further. Currently, oak wood is already used during brewing, but soon the packaging of the beer consist of this material. The beer will then are filled in a wooden 33cl bottle. In this way CORNET gets a packaging that perfectly matches an 'Oaked' beer. Brewery De Hoorn has been working on this innovative packaging for several years. 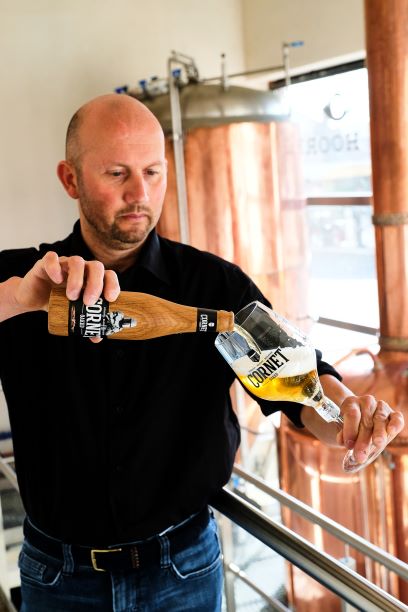 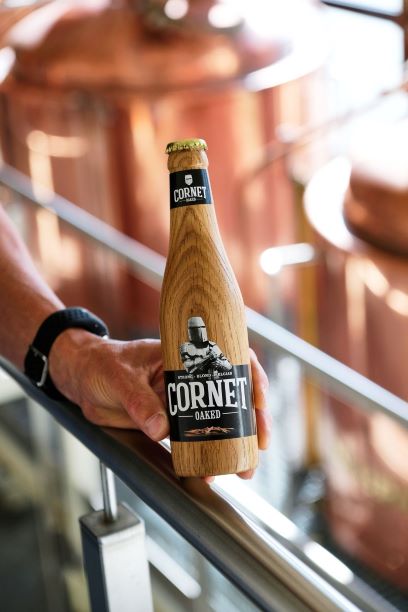 Brouwer Kurt Sarens is very proud of this latest realization: 'About 3 years ago we were brainstorming about potential innovations for CORNET. Suddenly we came up with the idea of ​​making a few wooden bottles and filling them with our beer. It soon seemed like an absolute hit. The soft vanilla flavor that you are used to when drinking CORNET thus gained an extra dimension. '

Marketing manager Tom Robberechts adds: 'What seemed impossible at first turned out to be a bull's eye! However, it is very complex to have this bottle made. We have been working on it for a long time to be able to fill them on our line here at the brewery. But we succeeded, now we still need some time to make enough wooden bottles, but it is expected that it will be on the shelves in exactly one year.'

This wooden beer bottle is an unprecedented innovation in the beer landscape. CORNET hopes to launch the packaging in 2022 to offer beer lovers the ultimate taste experience.
UPDATE: The launch of a wooden bottle was effectively an April 1 joke. At CORNET we have already enjoyed all the enthusiastic responses.